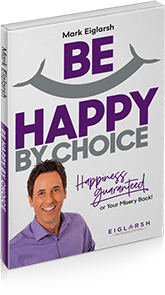 With a proven track record of success, The Law Offices of Mark Eiglarsh guarantees aggressive and zealous representation for all of your Criminal Defense, Personal Injury, and Wrongful Death matters!

An arrest can thoroughly devastate a person's life. The experience can be emotionally and physically draining, due to the extraordinary stress that accompanies it. If convicted, the consequences can adversely affect finances, relationships, and even careers. If you or someone you know is facing that situation, it is imperative that you hire the very best criminal defense lawyer whom you possibly can. Also, if you have been injured or know someone who has been injured, or worse, make sure that you hire the best personal injury law firm to assist you. The Law Offices of Mark Eiglarsh have handled thousands of cases and are known for providing the very best representation for those under investigation or charged with any criminal matter in both state and federal court. Our practice also offers extraordinarily zealous advocacy to people with personal injury or wrongful death cases.

Choosing the right attorney can often be an arduous and confusing task. As a former prosecutor, Mark Eiglarsh is uniquely positioned in the South Florida criminal defense field. He has succeeded in securing the very best outcomes possible for his clients. He is known for his ability to provide innovative and powerful legal representation in all of his criminal, personal injury, and wrongful death cases.

Crimes may be charged as felonies or misdemeanors, with felonies being more serious. Common types of crimes include white collar crimes, drug crimes, sex crimes, fraud, DUI, and domestic violence. All crimes need to be established beyond a reasonable doubt. However, the specific elements that must be proven will vary, depending on the particular charges. Certain crimes carry mandatory minimum sentences under Florida law. This makes it especially important to retain a criminal defense attorney in the Fort Lauderdale area who will fight for your rights.

White collar crimes are usually motivated by economic gain. Although they are nonviolent, they can carry substantial punishments, including incarceration. White collar crimes include embezzlement, larceny, credit card fraud, and other types of fraud. The penalties for white collar crimes in Florida can be harsh. For example, if a white collar crime is charged as a second-degree felony, you could be sentenced to up to 15 years in prison and a $10,000 fine. Certain sentencing enhancements may apply in some cases.

Florida Statute section 893.13 sets forth drug crimes and their penalties. It criminalizes drug possession, sale, manufacturing, delivery, and possession with intent to do any of these things. Controlled substances in Florida include LSD, oxycodone, heroin, cocaine, marijuana, ecstasy, and meth. The penalties vary depending on the substance involved, how much is involved, and the activity connected with it. A Fort Lauderdale criminal defense attorney can craft a strategy that is tailored to your specific charge. This may involve a substantive defense or a procedural defense that is based on your constitutional rights.

Fraud is an intentional act of deceit that is perpetrated with the intent of doing harm or getting personal gain. Fraud crimes include false reports of a crime, insurance fraud, uttering a forced instrument, and securing property or money under false pretenses. Florida Statute section 817.034 defines a scheme to defraud as an ongoing and systematic course of conduct that is performed with the intent to defraud one or more people or with the intent to obtain property from one or more people through fraudulent or false pretenses, promises, or representations. Schemes of fraud can be classified as organized fraud or communications fraud. Organized fraud is penalized according to the value of the property obtained by the scheme.

Driving under the influence is a serious crime in Florida. You can be charged with DUI for driving with a blood alcohol concentration of .08% or for being in actual physical control of a vehicle while under the influence. Most DUIs are charged as misdemeanors, but a third DUI is a felony. Penalties for DUI can include fines, a license suspension, and even jail time. If you are lawfully arrested for DUI, Florida law assumes that you have given implied consent to a chemical test. Fort Lauderdale criminal defense lawyer Mark Eiglarsh is an award-winning DUI attorney with experience handling all different kinds of DUI charges.

Felonies are taken seriously and punished harshly. If you are convicted of a felony, you may be incarcerated for many years. Felonies in Florida are categorized as third-degree, second-degree, first-degree, life, or capital felonies. Each category of felony involves different sentencing. Capital felonies are the most serious crimes in the state. They are punished by the death penalty. Meanwhile, a first-degree felony can result in a maximum of 30 years in prison and a maximum fine of $10,000.

We represent clients accused of crimes such as sexual battery, sexual assault, child pornography, child molestation, rape, sexual assault, Internet pornography crimes, and prostitution. The elements that need to be shown depend on the sex crime that is charged. Sex crimes carry severe penalties that can haunt you far into the future, and you should immediately seek out an experienced criminal defense lawyer in the Fort Lauderdale area if you have been accused. One potential penalty for a serious sex crime is a requirement that you register as a sex offender for the rest of your life.

Misdemeanors are less serious than felonies are. However, you should be aware that if you are arrested for a misdemeanor, you will have a criminal record. This means that your job and educational prospects may be adversely affected. The maximum punishment is up to one year in jail and a fine. There are two degrees of misdemeanors. First-degree misdemeanors, which are more serious than second-degree misdemeanors, include boating under the influence, criminal mischief, domestic violence, shoplifting, and reckless driving.

It can be very challenging to be charged with a crime or suffer catastrophic injuries. You need an attorney whom you can trust. Mark Eiglarsh is a skillful and experienced criminal defense attorney serving Fort Lauderdale residents and other people throughout Florida, including in Miami, West Palm Beach, Hollywood, Weston, and Orlando. He also represents accident victims who need an advocate to assert their right to compensation for their injuries. Call us at 954.500.0003 or use our online form to set up a consultation.

Learn More
Our Practice Areas
View More
Video Vault
Florida Criminal Defense Lawyer Blog
View More»
Client Reviews
★★★★★
"Mark's assisted me on 3 separate instances with exceptional results. He treated me with respect and counseled me without judgment. He answered all my questions and removed any doubt during the lengthy legal process. Mark's courts skills and legal expertise places him amongst the top in his profession." D.A.
★★★★★
"I chose Mark Eiglarsh to serve as my Miami criminal defense lawyer during my DUI trial last month. He was great. We actually never had to go to trial because he worked out a bargain that was very nice." H.G.
★★★★★
"Mark Eiglarsh was a great help with my recent case, and I am very glad that he was recommended to me in Miami. He knew exactly what to do as soon as I was charged, and I was eventually released after he had the charges against me dropped. Amazing job, overall." J.G.
View More
Submit a Law Firm Client Review
Contact Us